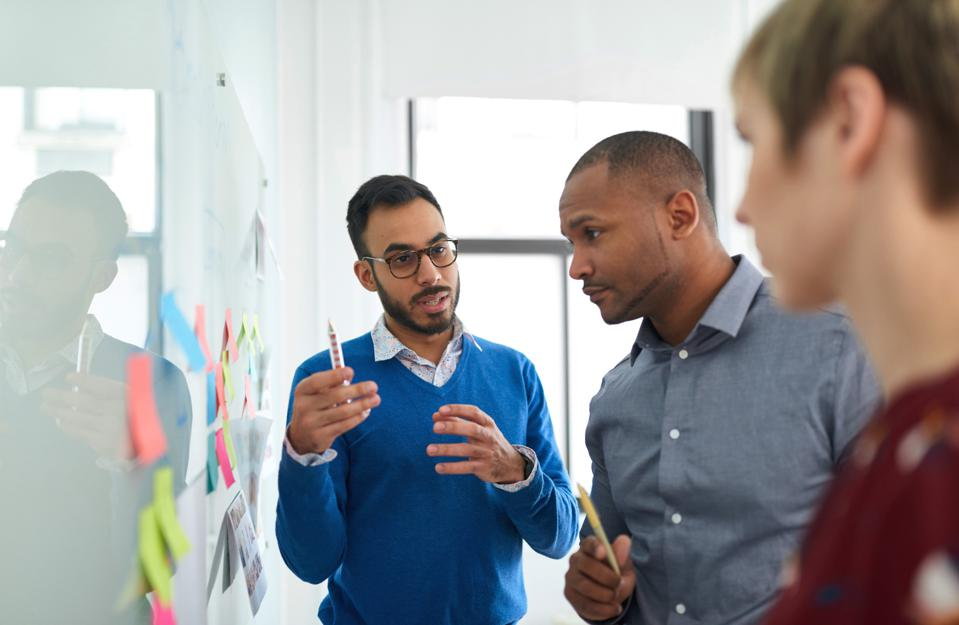 Most career-ambitious people want to climb the corporate ladder, but far too often, these folks try to force that move before they’re ready. Corporate leaders also often get tempted to promote top performers much too early. By moving into a management position before you’re ready, though, the company can end up with an unhappy team and turnover. When you get that first shot at management, you want to nail it. Unfortunately, high-performance qualities don’t always translate when someone moves into management positions.

Blame it on tradition and the classic organizational hierarchy. If you’re ambitious and want more money, authority, and power, you climb because that’s what’s expected. But often, these steps up the ladder don’t work out as anyone hoped.

Why is management a bad choice for many outstanding employees? Sometimes, when they become managers, their previous success doesn’t translate to team success, leaving them unsatisfied in their new role. They must deal with corporate bureaucracy, HR issues, complex budget discussions, and administrative responsibilities. Suddenly, they aren’t using their best qualities and skills. It’s frustrating for them and can be costly for the business. Poor-performing managers cost U.S. companies around $360 billion a year.

If you’re a determined worker with a great track record, you might consider applying for the next manager opening. Before you do, consider the following.

WHAT’S YOUR MOTIVATION BEHIND MOVING TO MANAGEMENT?
Do you want to move into management to have power or to give other people power? More than 60% of Millennial managers surveyed said they only became supervisors for the salary or corporate advancement. They weren’t motivated by things such as coaching and energizing a team, improving processes, or getting pulled in as a “secret weapon” when client situations get complicated.

Before making the leap to management, be honest with yourself. Are you excited to learn the operational changes? Do you want to learn about leadership so you can eventually run your own company? Is the thought of administrative tasks interesting or exciting? Do you have the patience to help other people? Leading executives got to where they are not only because of their contributions, but also because of their ability to make others successful.

For instance, I spent a decade as a salesperson, but moved into management because I wanted to run my own company someday. To do so, I had to learn how to effectively lead and manage people. There were some tasks and responsibilities I didn’t particularly enjoy, but I was willing to do what it took to be a manager because I had a long-term objective.

EVALUATE YOUR CURRENT JOB SUCCESS
Employees who don’t hit or exceed their goals aren’t prepared to move up. If company leaders and your peers don’t see you as someone who’s successful now, it’s difficult to move into a position of authority. Have you proven you’re successful at your current job with clear, measured, and sustained positive results? Let’s say you’re a salesperson who wants to move into sales management. You need to be 100% committed to doing what it takes to exceed your sales goals and build positive internal relationships over several years before you can seriously be considered for management.

In addition to sustained success, you must actively engage in what’s happening around you. As a manager, you’ll silently monitor direct reports’ projects, client meetings, and interactions with other departments. This requires active listening and observation—skills you’ll need to show today.

So write down things that stand out in your observations. Have you noticed a process inefficiency that could be improved? Go to your manager and share your thoughts, which shows you care about more than just your own role, but also the overall department and company. Part of a manager’s responsibility, after all, is to transfer knowledge to others without holding back. Plus, you’ll gain the trust of coworkers and the respect of managers. That’s a recipe for a long, successful relationship with a team you might lead.

DETERMINE WHETHER YOU ARE A RELATIONSHIP BUILDER
When I was a salesperson with managerial aspirations, I didn’t concentrate all my efforts on my sales peers. I was curious about other functions and sought out team members across all disciplines. I asked questions about their work and tried to understand their perspective and what I could do with my clients to make their jobs easier.

For example, every month, I sent emails to my customers interesting projects the company had recently completed. I spoke to people across disciplines, so I learned details about projects that clients would appreciate that I couldn’t have learned from other salespeople. It was a simple way to stay top of mind, and I always got great responses from customers. Instead of just doing this for myself, I shared the summaries with other salespeople so they could stay in front of their customers, too. This increased my visibility across the sales organization and showed my peers that I was genuinely interested in helping them succeed—or, as I stated earlier, giving other people power.

You can’t hide in your own world if you’re seeking a career in management. Good managers want to move the needle for the company, not just themselves. If you show that you genuinely want to help people in the organization, your team will trust you more. That sincerity and humility will pay off when you finally get your shot at leadership.