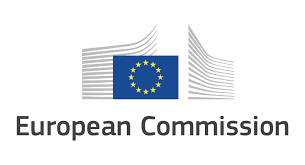 New approach to enable global leadership of EU standards promoting values and a resilient, green and

Today, the Commission is presenting a new Standardisation Strategy outlining our approach to standards within the Single Market as well as globally. The Strategy is accompanied by a proposal for an amendment to the Regulation on standardisation, a report on its implementation, and the 2022 annual Union work programme for European standardisation. This new Strategy aims to strengthen the EU’s global competitiveness, to enable a resilient, green and digital economy and to enshrine democratic values in technology applications.

Standards are the silent foundation of the EU Single Market and global competitiveness. They help manufacturers ensure the interoperability of products and services, reduce costs, improve safety and foster innovation. Standards are an invisible but fundamental part of our daily life: from Wi-Fi frequencies, to connected toys or ski bindings, just to mention a few. Standards give confidence that a product or a service is fit for purpose, is safe and will not harm people or the environment. Compliance with harmonised standards guarantees that products are in line with EU law.

The fast pace of innovation, our green and digital ambitions and the implications of technological standards for our EU democratic values require an increasingly strategic approach to standardisation. The EU’s ambitions towards a climate neutral, resilient and circular economy cannot be delivered without European standards. Having a strong global footprint in standardisation activities and leading the work in key international fora and institutions will be essential for the EU to remain a global standard-setter. By setting global standards, the EU exports its values while providing EU companies with an important first-mover advantage.

Executive Vice-President for a Europe Fit for the Digital Age, Margrethe Vestager, said: “Ensuring that data is protected in artificial intelligence or ensuring that mobile devices are secure from hacking, rely on standards and must be in line with EU democratic values. In the same way, we need standards for the roll-out of important investment projects, like hydrogen or batteries, and to valorise innovation investment by providing EU companies with an important first-mover advantage.”

Commissioner for the Internal Market, Thierry Breton, said: “Technical standards are of strategic importance. Europe’s technological sovereignty, ability to reduce dependencies and protection of EU values will rely on our ability to be a global standard-setter. With today’s Strategy, we are crystal-clear on our standardisation priorities and create the conditions for European standards to become global benchmarks. We take action to preserve the integrity of the European standardisation process, putting European SMEs and the European interest at the centre”.